I have always had a passion and love of sport throughout my life and have experienced how it can positively affect the lives of many people.Ben Tanner

Hi, I am Ben and I am the Club Treasurer. I have been in the post since January 2015 taking over from now Club Chairperson Amjad Khan.

I am currently the leisure centre manager at Wright Robinson College which I have been in position since October 2020. I held a similar position at Our Lady’s RC High School previously for the past 12 years. It was at Our Lady's where I got to know and subsequently became involved with the club.

Initially I first came in contact with the club back in 2013 when Sheraz contacted me about using our facilities as a base for the club for games and training. Following many many phone calls later we agreed that Lancashire Lions would be based at the facility and I am happy to say they have been ever since.

Over the years I have worked closely with Sheraz and the other committee members and was asked at the end of the 2014 season if I would like to take over the role as club treasurer which I accepted. As well as this role I also help out with driving the mini bus to away games.

In my role as facility manager I work closely with the club to improve the offer to club members and have been involved with bringing VI sessions such as Goalball, Table Tennis and Yoga to the centre. In my role as the Sports Centre Manager I try to improve the opportunity for those from the local area to be involved in sport and to develop the Sports Centre into a successful and prominent community facility.

I have always had a passion and love of sport throughout my life and have experienced how it can positively affect the lives of many people.

I have been fortunate to receive recognition for my work over the years and have collected various awards including: ‘Making a Difference to Manchester People’ (MCC Children’s Services, 2010); Silver Award for Contribution to PE and School Sport (Manchester Sports Awards, 2014); 1st place – Health Improvement Award – Physical Activity (Secondary) (2014)

Sport has been a passion of mine since I was 7 yrs old, taking part and now moving into coaching roles. Nathan Potts 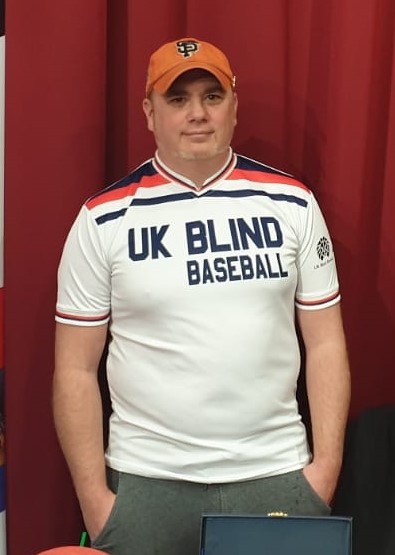 Hi my name is Nathan.

For the last 15 years I have worked Education,teaching physical Education to age ranges from 5 through to 16 fulfilling my passion for sport.

In the last 10 ten years I have also worked as a pastoral leader, working closely on the welfare and safeguarding of students.

Sport has been a passion of mine since I was 7 yrs old, taking part and now moving into coaching roles.

I now support the club in coaching and supporting the many sports this great club has to offer. As well as having the role of welfare officer.

Whilst at school I played for the junior and secondary teams. I have had a great love of cricket since a young age and played cricket every chance I got. Sheraz Chohan

Hi, I am Sheraz Chohan and I have been the Club Secretary since the club was set up.

I have been involved with the club since it began in 2011 following our inaugural meeting.

My qualifications include Level 3 Youth Worker, Level 2 Fitness Instructor and Level 2 Cricket Coach. I am safeguarded to work with young people and vulnerable adults, I also have recently refreshed my first aid certificate.

My role within the club involves recruitment, liaising with parents and coordinating club operations.

I run the development team with our club chairman Amjad Khan.

In 2012 we entered the BCEW Development League. I captained the team and we went on to win the league with a 100% record. We then stepped up to the BCEW National League the following year.

In 2013 I fielded Lancashire Lions for our first inclusion in the BCEW National League and we finished a respectable fourth place.

In the same year we went on to win the Brian Johnston Memorial Trust 2013 which was made up of four teams from the north and four teams from the south. This tournament took place over a weekend in Leicester which again we won with a 100% record 7 out of 7 matches.

In my role as captain we also won the international series against Bulgaria in 2014, following a visit by our committee members in 2013 to Bulgaria. We hosted Bulgaria for the first of its kind ‘United European Vision’ project. As a result of our win every team and committee member was presented with medals from the Lord Mayor of Manchester.

Following on from this we have built a fantastic relationship with Manchester City Council and schools. This would not have been possible without the invaluable contribution and dedicated work of both Ben Tanner and Amjad Khan.

Whilst at school I played for the junior and secondary teams. I have had a great love of cricket since a young age and played cricket every chance I got. My favourite cricketers include Wasim Akram, Imran Khan and last but not least Freddie Flintoff.

Lancashire Lions Visually Impaired Cricket Club is a pioneering and multi-cultural organisation creating sporting and social opportunities for both males and females who have a visual impairment.

For further information do not hesitate to call Sheraz Chohan, Club Secretary on 07581351786 or email him on [email protected]

We would like to thank the following organisations for their support: